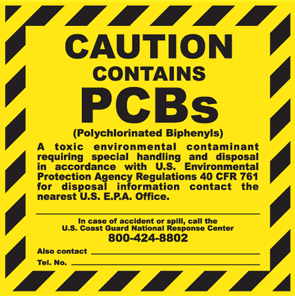 On July 31, 2015 the City of Spokane filed a legal complaint against mega-chemical manufacturer Monsanto and associated corporations, claiming the chemical manufacturing giant has engaged in nuisance, negligence, and product liability.  The complaint describes the destructive nature of PCB pollution, and alleges Monsanto knew decades ago that it was manufacturing and distributing a chemical that was not fit for use, the dangers of which it failed to provide notice to its customers.

The complaint, along with a press release circulated by the City’s Dallas, TX attorneys, explains why the City felt the need to file this lawsuit:   “According to a recent federal case, Spokane will become subject to a PCB TMDL, or Total Maximum Daily Load, which is a maximum amount of pollutant that a body of water such as the Spokane River can receive while still meeting water quality standards.”

That federal case is Sierra Club & CELP v. U.S. Environmental Protection Agency.  On March 16, 2015, U.S. District Court Judge Barbara Rothstein ruled that EPA had abused its discretion in failing to require a PCB clean-up plan for the Spokane River, and ordered EPA to file with the court by July 14 a schedule for adopting that plan.  For more info, see our previous post:  Federal Court Rules: Evict Fox from Chicken Coop.

The City is correct.  The court-mandated PCB TMDL will establish waste load allocations that will be translated into limits on the amount of PCBs the City can discharge into the Spokane River via its treatment plant, stormwater system, and Combined-Sewer Overflow (CSO) system.

Spokane is one among several polluters who will be required to substantially upgrade treatment facilities to remove PCBs from effluent before it is discharged to the Spokane River, thanks to the Sierra Club/CELP legal action.  Other affected polluters include the new Spokane County treatment plant, Liberty Lake Water & Sewer,  Kaiser Aluminum, and Inland Empire Paper.

The City’s lawsuit is one of four such suits to be filed against Monsanto in the last few months.  Other municipal plaintiffs seeking damages for harm to the environment include San Jose, CA, San Diego, CA, and the Port of San Diego.

There have been winners and losers so far in the Monsanto PCB liability lottery, including reported settlements for PCB dumping in South Wales, England, and for personal injuries to former employees and others harmed by Monsanto’s Anniston, Alabama manufacturing facility.  However, last month a jury returned a verdict in Monsanto’s favor in a St. Louis, Missouri lawsuit brought by individual’s claiming harm from PCB exposure.

In March 2015, the newsblog ThinkProgress, reporting on San Diego’s lawsuit, described the difficulties of suing companies for historic pollution practices.   Sadly, it’s much harder to prove liability when the “scene of the crime” is a public resource like a river or a bay.

Suing over historic pollution is not a new concept for the Spokane watershed, however, given our history with massive silver and lead mining pollution in the Coeur d’Alene Basin, and the Midnite Mine uranium Superfund site on the Spokane Indian Reservation, not to mention Teck Cominco’s discharge of 9 million tons of toxic slag into the Lake Roosevelt.

Usually it is Native American Tribes and conservation groups engaged in the battles to clean up public resources like the Spokane River.   Welcome to the club, City of Spokane.