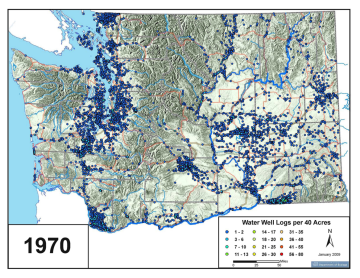 Water law is in the news with the famous “Hirst” decision being used to blockade the state capital budget. To understand how this roaring mouse could hold up a billion-dollar budget, several myths need dispelling. The bottom line is that proliferating wells are harming Washington’s public resources, especially aquatic habitat. 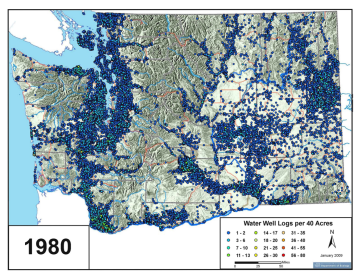 First, a quick explanation of water law. Under state law, every drop of water belongs to the state, unless owned by the Tribes. To use water you must obtain a permit, called a water right, from the Department of Ecology. The major exception is for permit-exempt wells, i.e., wells that supply rural homes and businesses.   The exception states that parties may use 5000 gallons per day of groundwater for household or commercial use, plus water for a half-acre of lawn or garden, plus water for livestock. 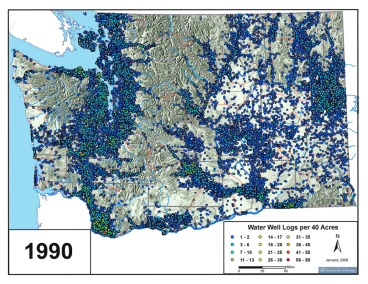 Based on this exception, hundreds of thousands of so-called “permit-exempt” wells have been drilled around the state. The Department of Ecology documented the increasing number of wells between 1970 and 2010 in an eye-popping set of maps.

Myth No. 1 is that permit exempt wells use only 1% of the total water use in Washington, and therefore cannot harm streams. In fact, it doesn’t matter what total statewide usage is. What does matter is the number of wells in smaller watersheds and their impact on local streams – especially when those streams provide nursery habitat for salmon. 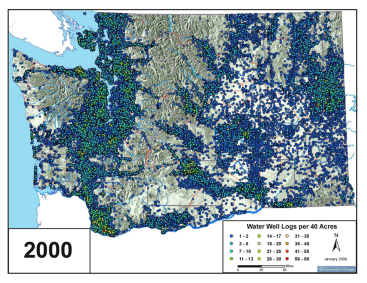 Myth No. 2 is that we know how large the problem is. In fact, we have no idea how much water is used by these hundreds of thousands of unpermitted wells because, unlike city water systems, private well owners are not required to collect or report their usage. And that usage can be very large. For example, in 2011, the Washington Supreme Court ruled that permit-exempt wells may use unlimited quantities of water for livestock, including large feedlots. At issue in that case was a cattle feedlot that was using 600,000 gallons per day. 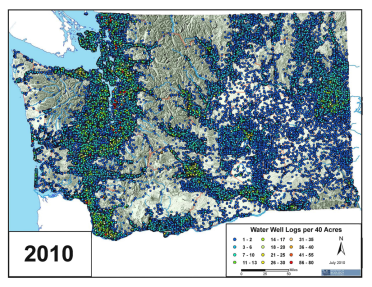 Myth No. 3 is that pumping groundwater doesn’t impact streams. In fact, virtually all groundwater is connected to surface water. Private wells tend to be shallow, because the deeper you drill, the more it costs. Shallow groundwater is usually connected to the nearby stream, and when you pump a permit-exempt well, the water shows up missing in that stream. Denying this is like denying the existence of gravity.

Myth No. 4 is that the Hirst decision is disproportionately harming rural development. The truth is that no one – rural, urban, agricultural or industrial – can get a new water right unless they offer mitigation to prevent impacts to the environment and pre-existing water users. Hirst levels the playing field, putting permit-exempt wells on the same footing as all other water rights: water for water mitigation is now the prevailing rule.

Myth No. 5 is that streams don’t need high water flows. The fact is that a good year for water, with adequate snowpack and rain to keep rivers flowing in summer months, creates a good year for fish. Regrettably, that doesn’t happen very often, especially with climate change. We must protect high flows in our rivers and streams when they do occur, so that species other than humans can survive and thrive.

The Hirst decision brings Washington water management into the 21st century. Rather than tear it down, the State Legislature should use this opportunity to fix problems such as unlimited water use for animal feedlots and lack of regulations to protect flows in all of Washington’s rivers.

One thought on “Hirst: The Bigger Picture”