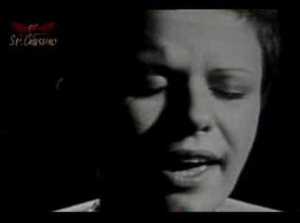 Welcome Spring!  Aguas de Marco, or Waters of March is perhaps the most beautiful and uplifting Brazilian song ever, certainly in the bossa nova tradition.

Lyrics and commentary below from Belavistario.  Highly recommend that you listen while reading the lyrics (or just listen).

Note: You will note that the English translation of Aquas de Marco  lyrics is longer than the original Portuguese version. Jobim added lyrics to the song when it made the transition to English. If you speak Portuguese, you will also notice that some of the English lyrics bear no resemblance to the original lyrics. For example, the beautiful fourth stanza more properly translates to “It is wood that resists the wind, the falls of the riverbank, it’s the profound mystery, it’s wanting or not wanting.” You can find more faithful (but perhaps less lyrical) translations, such as this one or this one. In each case, however, both the original lyrics and translations are flawed. Regarding the original lyrics, trust those offered at the Jobim fan site (which are the ones offered on this page).

This translation is a little better, (and you can read about the results of selecting the best Brazilian song of all time … guess first, of course). Regrettably, no translation can do justice to the original lyrics. You’ve just got to learn Portuquese